Demian, listen within yourself

“The bird fights its way out of the egg. The egg is the world. Who would be born must first destroy a world. The bird flies to God. That God's name is Abraxas.”

"Perhaps you'll need me again sometime, against Kromer or something. If you call me then I won't come crudely, on horseback or by train. You'll have to listen within yourself, then you will notice that I am within you."

Demian says this to Sinclair at the end of the book. Sinclair has been wounded in battle and calls for Demian. Demian comes to Sinclair and informs him that he will no longer come physically to help him. This marks Sinclair's true independence. Even toward the end of the novel, even when he was intellectually and emotionally ready to break free, he was still hanging out with Frau Eva and Demian. Sinclair was not yet independent. He had the two of them for comfort and support. Now, he will be physically alone. The fact that Demian is willing to set Sinclair on his path indicates a confidence he has that Sinclair is ready to face the world alone. Of course, Sinclair has been given an enormous set of tools with which to face potential problems. Though Demian may not be there in the flesh, Sinclair will be capable of doing anything Demian could—if he looks deep enough within himself. 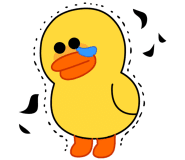